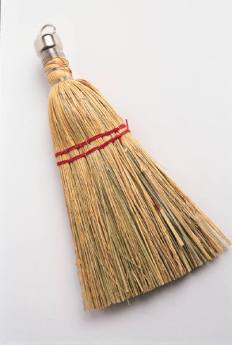 “I’ll see you in May! For sweeps! That what’s we call spring cleaning in England!” — Wesley Snipes character, on 30 Rock

As television watchers, we have all heard of the magical time known as “sweeps” — but what exactly is/are sweeps, and why is it such a hot word for folks in the entertainment industry?

As it turns out, “sweeps” refer to four periods of the year — in November, February, May, and July — in which media monitoring company Nielsen collects detailed information about the television-watching habits and demographics of approximately 2 million volunteer households using a combination of electronic meters and “people meters,” or weekly paper diaries.

Television shows that with relatively high ratings across key demographics during these monthly “sweeps” of viewer data are better positioned for renewal, or movement to more desirable time slots. By contrast, shows with relatively poor ratings, or decreased ratings performance, are more likely to be considered for cancellation. A quick glance of the list of TV shows already cancelled this year makes vivid the competitive nature of the market for television entertainment, in a large part due to sweeps analysis.

CSI: Miami was only one of the many shows cancelled this May after sweeps.

Not surprisingly, for this reason, many shows choose strategically to air episodes with unusually dramatic, sexual, or climactic material during Nielsen sweeps months. One need look no further than the Urban Dictionary definition of “sweeps” to see how this tendency has condensed in the popular imagination.

“But wait!” some of you may be saying — “Is a monthly assessment of the habits of a limited number of viewer households really the best way of determining a show’s success in the digital day and age?” If so, you’re not alone.

Recently, the “sweeps” system has been criticized by many TV fans and industry members for not keeping up with contemporary trends in program consumption and digital entertainment, such as online viewership and watching habits outside the home.

Nevertheless, sweeps continues to be an important and carefully watched term by both television executives and entertainment geeks — one not likely to be swept away anytime soon!

Here’s wishing you all a happy and entertaining July sweeps.