It’s a cold and snowy Monday here on AU campus. For those of you at home enjoying the tail end of winter break, let’s give you a couple of links. Just to keep your minds nice and warm for spring semester. 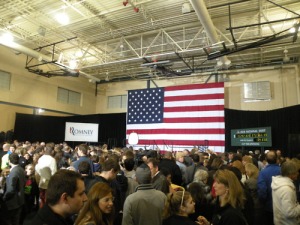 Any fans of media and politics out there? Storify’s got a great list of 10 ways to use social media to cover breaking election news.

Nightly newscasts on ABC, NBC, and CBS are more distinct than ever before — but according to the New York TImes, not everyone is happy about it.

According to FackCheck.org, “Truth took a punch or two at the first of two GOP debates before New Hampshire’s critical presidential primary.” Ouch.

If you aren’t already following the team of AU students that’s in New Hampshire covering the primary election, you seriously need to start. Nice work, folks.